An entrepreneur in Dayton has launched a venture around data security, which is now looking for a new home.

Natalie Dunlevey, who for several years has run National Processing Solutions based in downtown Dayton, has founded a new business, Enterprise PCI, where she will serve as president. It will help businesses develop data security standards so they can stay compliant with the Payment Card Industry.

About once a year, retailers and other credit card-accepting merchants have to complete a survey of how they process payments. If they fail to do so they become PCI non-compliant, which can be up to a $45 monthly fee.

“It’s a frustrating process and some of them just walk away from it,” she said. “So we started to help.”

For now, both companies occupy space on the third floor of the KeyBank Tower in downtown Dayton, where NPS has been for several years. But the company’s 3,000-square-foot office lease is coming to an end and it needs a new home. Dunlevey said the companies must maintain a “firewall” and be physically separate so she’s looking for space preferably with two suites in close proximity with about 5,000 square feet in combined space.

Enterprise PCI also plans to hire technical talent and people who do client work. It has a paralegal on compliance and looks to add three more positions within a year. NPS has seven employees.

The company has in the past done consulting at no cost — and Dunlevey said making retailers and other businesses PCI compliant helps them cut down on fees. More importantly, though, helping them set these standards could save them the hassle of a costly data breach.

NPS, a certified woman-owned business that works in credit card processing services, already has seen an incrementally larger focus on information security for debit, credit, mobile and online credit card processing work. Dunlevey’s company works with Visa, MasterCard, American Express and other networks and processes all over the country.

The case for greater data security has been apparent recently, from the most recent “Eternal Blue” and the “WannaCry” virus, hacks and exploits on the international scale to malware hitting local small businesses, as what recently looks to have happened to the third party provider of a car wash in the Dayton area.

Dunlevey said even a single breach can result in fines of $2,000 for each occurrence. If multiple breaches occur and corrective action isn’t taken, card companies can sometimes even outright terminate a company’s payment processing. Two-thirds of customers say they want to know the businesses they patronize value security, she said.

“It’s a major drain on a company’s money and its reputation— who wants to go to a merchant that has been breached? People are terrified of it,” Dunlevey said. “I hate to say it’s not a matter of if but a matter of when. Cyber criminals get better at what they do and more companies are getting hit.”

(Written by Tristan Navera in the May 18, 2017 Dayton Business Journal) 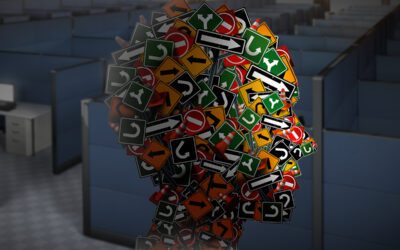 The Post Covid Workplace— “Workstyle” is more important than ever!

Since March 2020 the workplace has seen a paradigm shift with respect to how business owners, managers and leaders run their organizations.  Prior to the pandemic the phrase “workstyle” meant understanding how employees best perform within an environment and how to...

END_OF_DOCUMENT_TOKEN_TO_BE_REPLACED 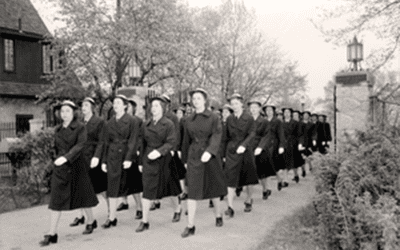 On September 17, 2020, the Dayton Daily News let the cat out of the bag. We're very excited about our new home. The president of National Processing Solutions says she has purchased the “gate house” or guard house near the front of the Oakwood Sugar Camp business...